JRE congress in Liegi: an occasion for reinforcing the link between Olitalia and the most important international association of chefs

Olitalia gives the Innovation award at the international congress of the Jeunes Restaurateurs association.

The European Congress 2019 of the JRE chefs, the most important international association of chefs that aims at promoting signature cuisine, took place on the 29thand the 30thof April in Liegi. The common denominator of the chefs and restaurants of the association is the constant search for high quality. During the congress the future, projects, sharing, sustainability and also branding were discussed.
On this occasion Olitalia could not be missing, who with the JRE chefs have developed an important synergy that led to the creation of a particular range of extra virgin olive oils, I Dedicati, thought up for pairing with specific dishes (pasta, fish, meat, vegetables), in a way as such to respect the ingredients as much as possible.
Every two years, during the International Congress, the association presents six awards dedicated to the members who have distinguished themselves in the following areas: Talent, Business, Innovation, Service, Flavour of Origin and Heritage. Each country has one nomination per category. Olitalia supports the innovation awards. The innovation award of Olitalia was given to Paulo Airaudo (from Amelia, Spain). 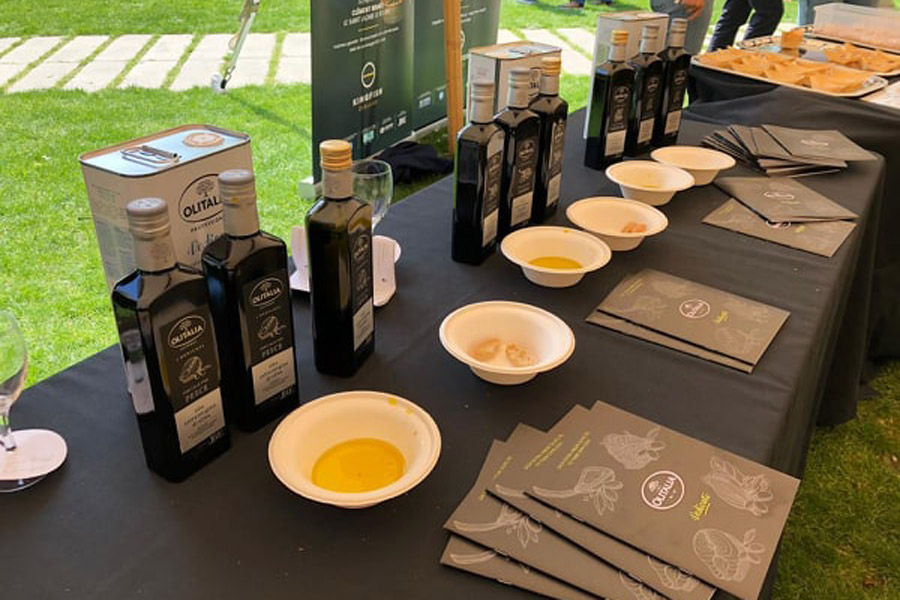