Olitalia’s care and attention towards the restaurant world is one of the distinctive elements of the company, that was also noted at the 2019 edition of The City of Pizza in Rome.

The 2019 edition of the City of Pizza took place in Rome from the 12thto the 14thof April. As part of the manifestation, the Central South Italy Selection of the Emerging Chef Award was held, won by Lorenzo Boschi from Locanda di Mezzo in Barga (a town near Lucca in the region of Tuscany in central Italy), Gianluca Durillo from the Madonnina del Pescatore in Senigallia (a town near Ancona in the Marche region in central eastern Italy), Valerio Ragusa who works at Da Luciano in Rome and Giuseppe Torcasio who works at Ex Trappeto in Lamezia Terme (a town near Catanzaro in southern Italy).

The young chefs selected by journalist Luigi Cremona competed on the first day in the creation of two recipes, the first with the fun title “Like a Margherita…”, and the second recipe instead with an open theme, while the Final on the 14thof April saw the chefs compete in frying using Olitalia’s Frienn.

The quartet of chefs, who took the podium at equal merit, will compete at the National Final in Rome in October together with the three best emerging chefs who were selected last November in the Emerging North competition in Milan.

For the Pizza world, the Central South Italy pizza chef competitions included two types of pizza: Margherita pizza in the traditional style and a creative pizza; in the latter the quality of the homemade base was also judged.

Here are all of the pizza chefs who have qualified for the National Final that will take place in Rome in October 2019: Roberto Ferrone from Al 384 Restaurant and Pizzeria in Rome, Gabriele Lucantoni from Sbanco in Rome and Fabiano Viscito from Battilapaglia Restaurant & Pizzeria in Salerno. Joining the aforementioned at the National Final, the three young pizza chefs from North Italy selected at the Re Panettone manifestation in Milan. 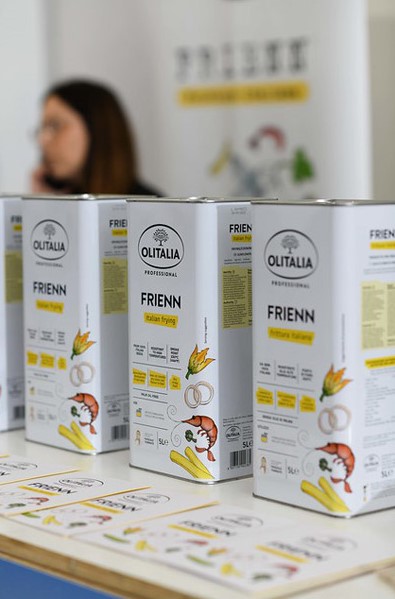