Plastic no more: Olitalia renews its commitment to the protection of the environment

Olitalia renews its commitment to the protection of the environment taking tangible actions together with its employees.

With the Plastic no more project Olitalia has been taking actions to reduce plastic for quite long time now, especially in the packaging of finished products. The aim is to reduce the impact on the environment and achieve an environment-friendly and sustainable level of production.
Another important step taken for the sake of plastic reduction is the change made by all the people who work at Olitalia in their everyday lives and habits.
The European Parliament has recently approved a directive aiming to ban single-use plastic items, which are some of the most common wastes polluting seas and oceans, and other national regulations implementing the European strategy should come next. This is why we decided to estimate the consumption of disposable plastic items at Olitalia, and we observed that our employees bought nearly 10,000 half-litre bottles of water in the company’s vending machines in 2017. That was an impressive figure which called for a change in the habits of people working in the company as far as water consumption is concerned.
So, some water dispensers have been installed inside the company. The same went for our Acetaia Giuseppe Cremonini. Every employee was given a 500ml-flask to re-use and sanitize when needed, without taking it into the production or storage areas.
Recently, the Italian Ministry of Environment, as well as several universities and other companies have followed the example of Olitalia and the sustainable choice we made. 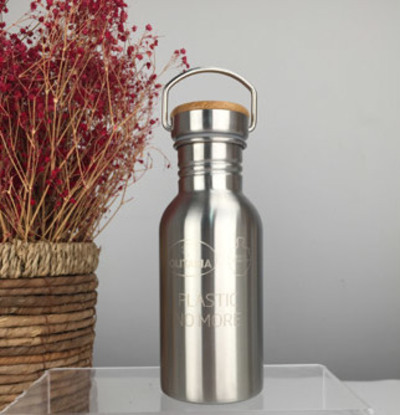